The Four Way Test was conceived in 1932 at the height of the Great Depression, by Herbert J Taylor, a Chicago Rotarian, who later became President of Rotary International during its 50th Anniversary Year (1954/55). In 1932 he joined a company which was on the verge of bankruptcy, with a view to reviving the troubled firm. Herbert Taylor single-mindedly searched for a yardstick of ethics that the workers at his company could use.
He hit on a statement which asked four questions and which became known as the Four Way Test of the things we think, say or do.
As a result of his workers applying this test to everything they thought, said or did, a climate of trust and goodwill developed amongst dealers, customers and employees that changed the business prospects of the company. In 1943, Rotary International adopted the Four Way Test as part of its Vocational Service Program. Today, it is considered a vital element in all avenues of Rotary Service.

Year 10 and 11 students attending schools in Boroondara will compete for prizes.

Visitors are welcome to attend, just send an email to attendance@balwynrotary.org.au 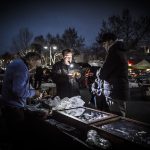 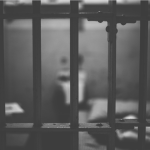